This section is still under construction! Although mostly functional, there is still plenty of information missing and many images are waiting to be added. We are working as quickly as we can... 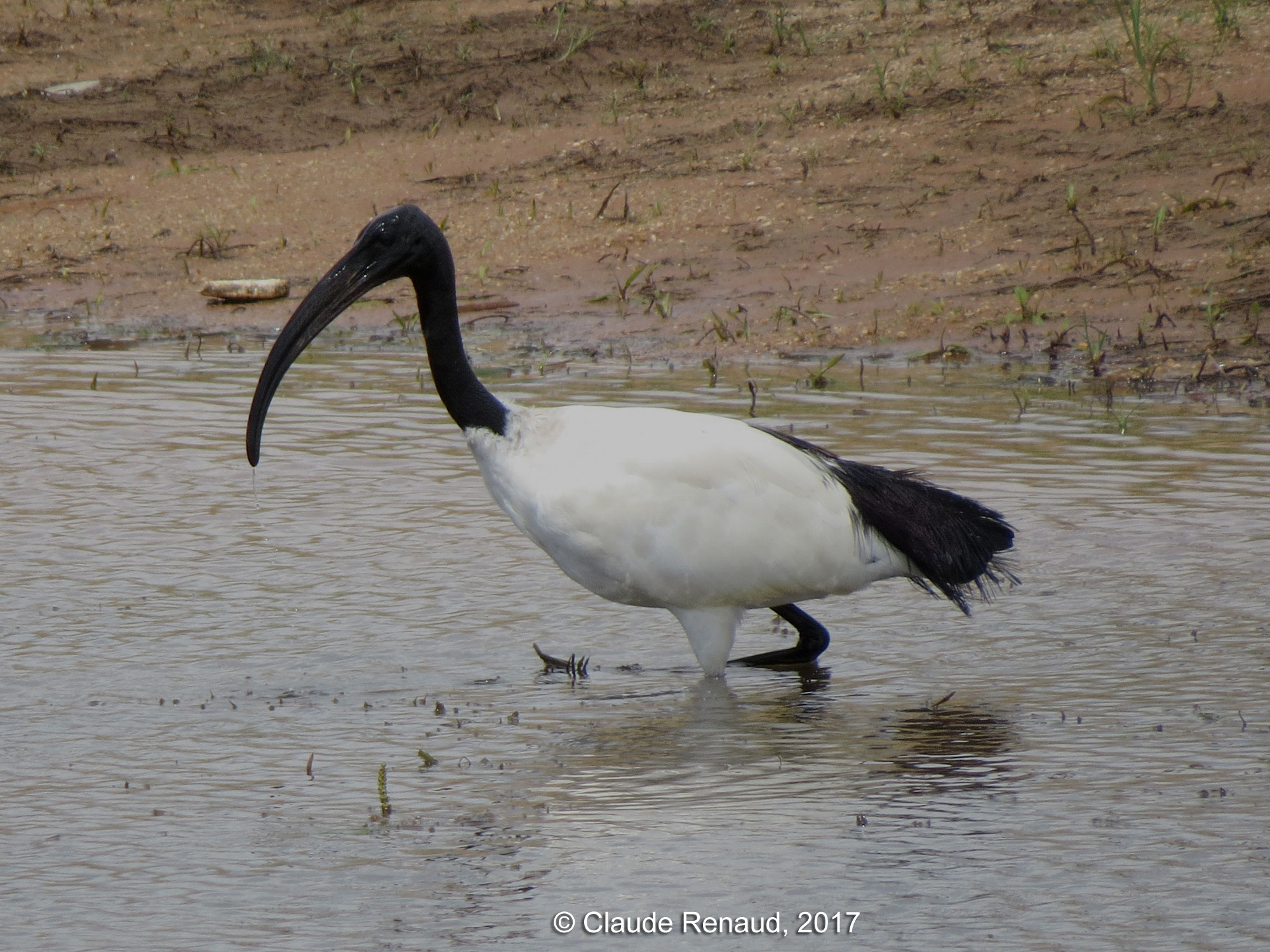 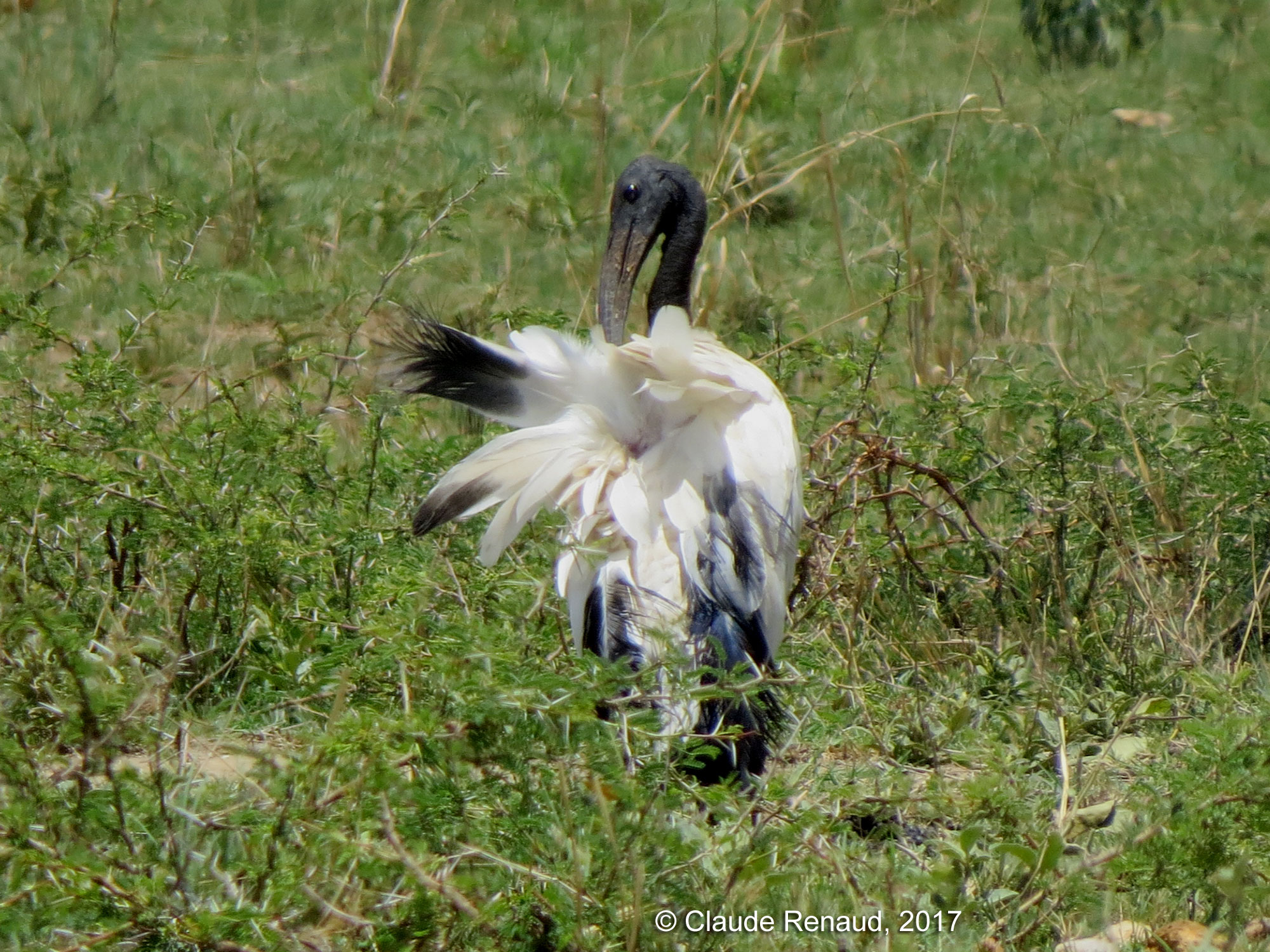 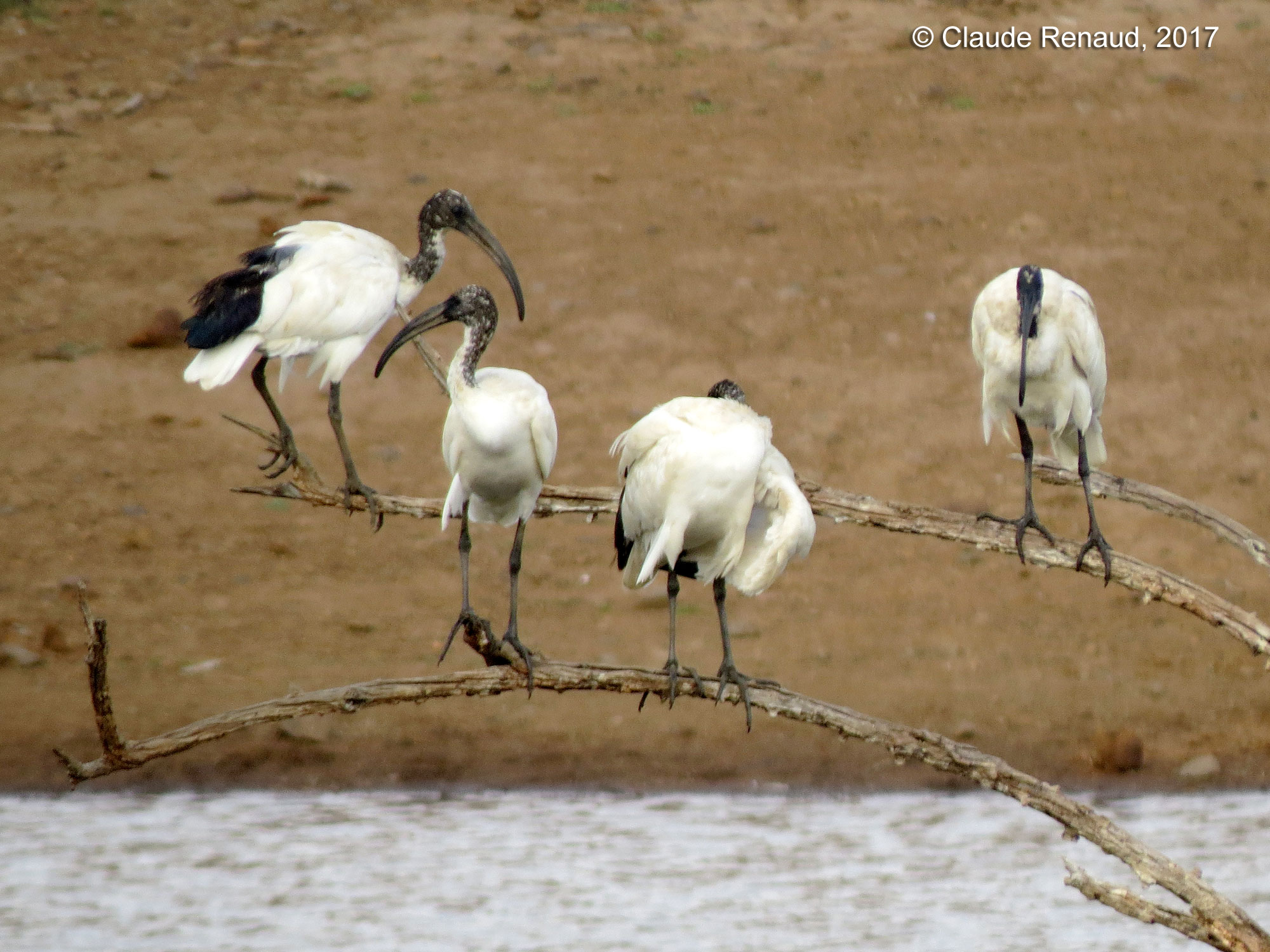 These large birds have all-white body plumage apart from dark plumes on the rump. The bald head and neck, thick curved bill and legs are black.

The white wings show a black rear border in flight. Sexes are similar, but juveniles have dirty white plumage, a smaller bill and some feathering on the neck. Females are slightly smaller with shorter bills.

This bird is usually silent, but occasionally makes some croaking noises, unlike its vocal relative, the hadada ibis.


Diet:
It feeds on various fish, frogs, small mammals, reptiles and smaller birds as well as insects. It may also probe into the soil with its long bill for invertebrates such as earthworms.


Nesting:
Sacred Ibis nest in tree colonies, often with other large wading birds such as herons. It builds a stick nest and lays two or three eggs.


Natural distribution:
The sacred ibis breeds in Sub-Saharan Africa, southeastern Iraq, and formerly in Egypt, where it was venerated and often mummified as a symbol of the god Thoth.


Habitat:
The African sacred ibis occurs in marshy wetlands and mud flats, both inland and on the coast. It will also visit cultivation and rubbish dumps.


Notes:
The African sacred ibis has been introduced into France, Italy, Spain, Taiwan and Bahrain. The introduced and rapidly growing populations in southern Europe are seen as a potential problem, since these large predators can devastate breeding colonies of species such as terns. They also compete successfully for nest sites with cattle and little egrets. The adaptable ibises supplement their diet by feeding at rubbish tips, which helps them to survive the winter in these temperate regions.

You need to be a registered user in order to create bird lists and notes. If you have already registered, then please log in now, otherwise, register here. It will only take a moment and we won't pass your information on to anyone else.

You can then use this section to create lists of your own birds in your garden, or a list of favourite birds or simply a wish list

No one has ever become poor by giving

When we give cheerfully and accept gratefully, everyone is blessed.